“This is not just a story of poverty and despair. Poverty is not all that holds them back. Every day, they are willfully denied an education, opportunities, a future, and an identity. This is the story of a people whose lot it is to only exist as numbers in ration cards, relief programmes and slum-arson stories. This is the story of the Biharis of Geneva Camp. A community of over 160,000 people who have lived like animals for the last 40 years and will likely live and die as animals in congested ghettoes at makeshift camps and shanties all over Bangladesh. This is the narrative of the Biharis of Geneva Camp.”

A Documentary by Gmb Akash

‘Geneva Camp’ is just one of the 70 camps all over Bangladesh set up immediately after the Liberation War of 1971. In 1971, the Biharis were a torn community. The tragedy of the Bihari community unfolds as far back as 1946 — the year communal riots in Bihar tore irreparable divisions through India — with thousands of Muslims massacred in an organised pogrom that added momentum to the movement for the partition of India. This resulted in a separate homeland for the region’s beleaguered Muslims. Between 1947 and 1952, families by the thousands left their ancestral lands to take refuge in the erstwhile East Pakistan.

During the Liberation war in Bangladesh in 1971, the Pakistan army, sensing this divide, recruited some Biharis to fight the rebellious Bengalis. Whether they supported the Pakistan army or not, many Biharis remained neutral in 1971, shy of taking sides with their local brethren. Thus the division widened in those tumultuous years leading to the sub-human “ghettoisation” of the wretched children of a lesser God. After the war in 1971, the International Community for the Red Cross intervened and found out that most Biharis wanted to migrate to the truncated Pakistan. Over half a million registered “Urdu-speaking” Pakistanis found a voice at the high level Simla pact of July 1972 and later an agreement was reached in 1973 between Pakistan, India and Bangladesh on this issue. As per the agreement, the Bengali prisoners were released and sent to Bangladesh. However, not all Urdu-speaking Pakistanis were repatriated to Pakistan. Even today, hundreds of thousands live in Bangladesh in camps as non-citizens. 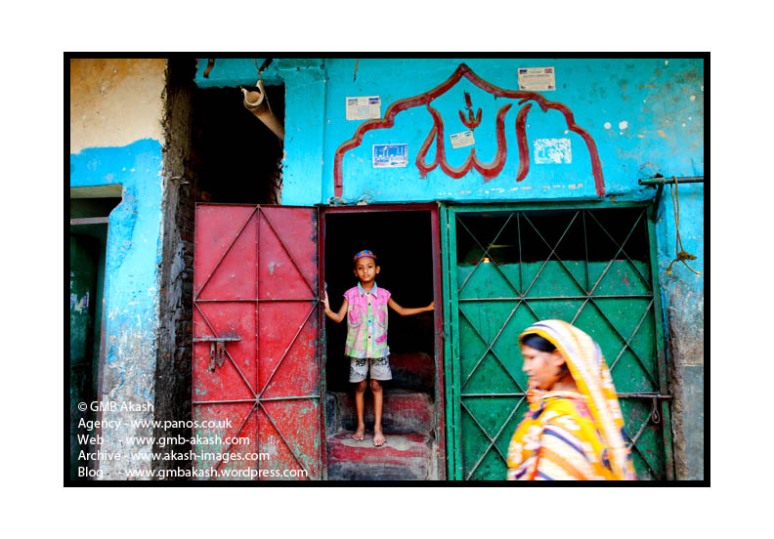 People are calling them in so many names. Bihari’, ‘Maura’, ‘Muhajir’, ‘Non-Bangalee’, ‘Marwari’, ‘Urdu-speaker’, ‘Refugee’, and ‘Stranded Pakistani’. But they only want one identity that is: human. 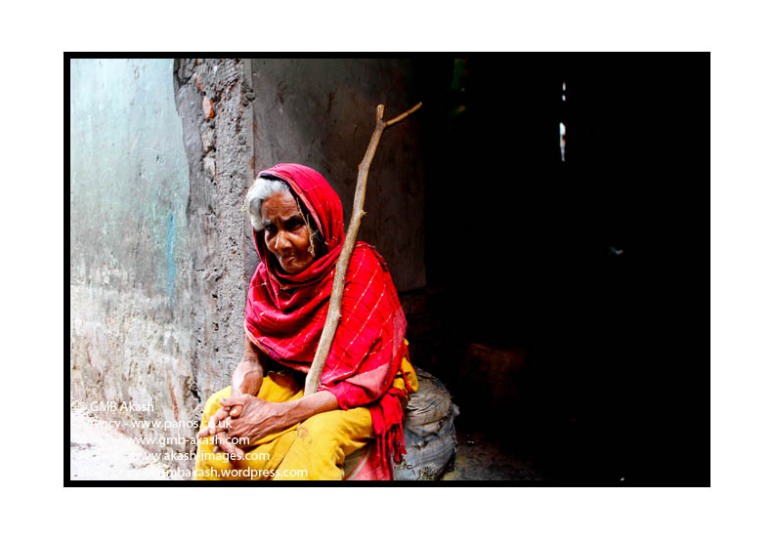 Here, the rituals of life, death, triumph, hope and misery of each family, packed into 8 x 8 little boxes. There are only 270 toilets for a population of 25,000 and the numbers increase daily. The living environment of the camp is very deplorable. It is unhealthy, dirty, damp and unhygienic. This condition exists in other camps throughout the country. The municipalities/city cleaners never enter the camps to clear the garbage. The Bihari camps have almost no educational facilities. Throughout the country, only 275 of the 19,000 children in camps go to school. Only six of the 77 camps have a school. Most of the people make handicrafts or repair cars to make a living. Into the filthy rooms – homes and workshops rolled into one – women and men were busy working on brightly coloured saris. From about 1,600,000, only 60,000 are thought to register in the voting system in 2008, but in reality, those in the camp are denied the right of applying for a national ID card. Without citizenship, they cannot even obtain legal housing, so most live in 66 camps packed with people and livestock scattered across the country, including Geneva Camp. 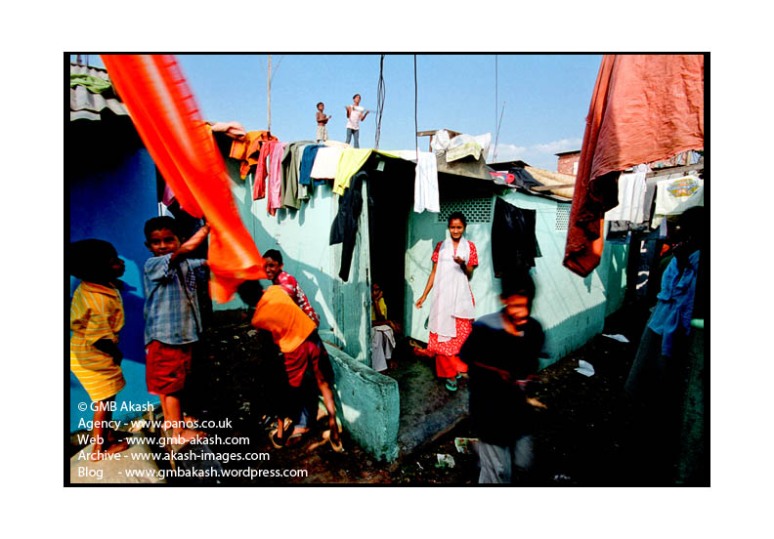 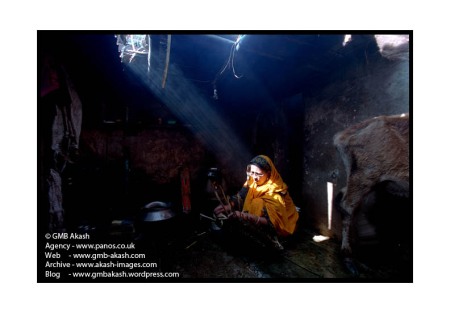 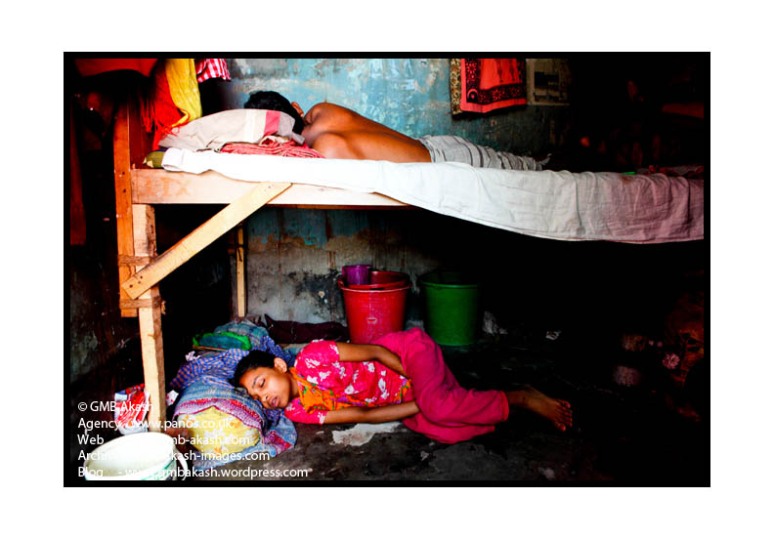 Geneva Camp was built in 1974 by the Red Cross to help assist the new generation of stateless people.  The older generation complains more than the younger ones, who are better integrated and bilingual. Free of the baggage, the younger generations are far more ready to become Bangladeshis: 70% of the people want to stay in Bangladesh, 17% want to go back to Pakistan. Despite recent progress in voter and ID registration, however, 37 years of being unrecognized have left the Biharis living in abject poverty and vulnerable to discrimination. 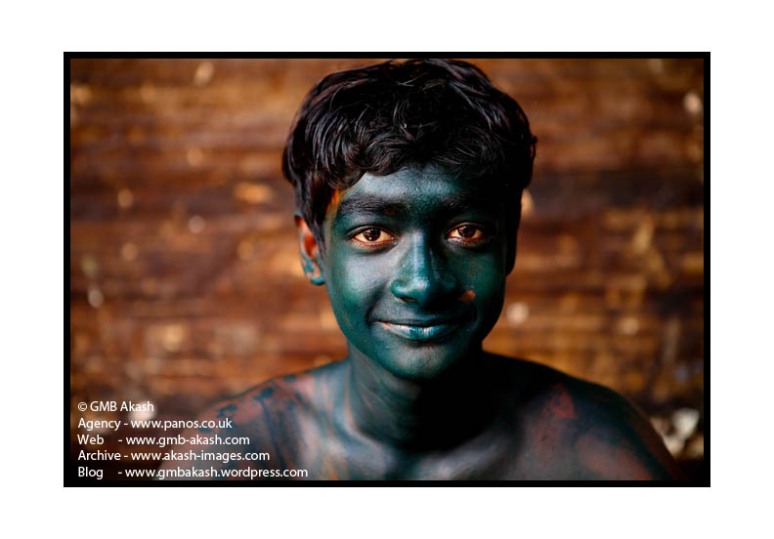 “Geneva Camp turned out to be a bordered little inferno located next to fairly well-to-do neighborhoods and commercial areas. Human spirit, however, knows how to counter the forces of nature and history. Inside the camp, little Bihars had been recreated with the memories and longings that the migrants are well known for.  Still the government does not know how to handle it. No one does. The government has not picked it up. Civil society has not picked it up. These people have been left to fend for themselves.”

33 thoughts on “Leftover from History”