“Steeping into the muddy shiphub my eyes stumble on barefooted children playing ‘Akka Dokka’. By following their queries giggles I smiled to the little-girl next to me asking ‘What to your father do’?  With a wide smile showing her recently missing baby teeth’s, she whispered ‘My father builds big big ships’. The place is familiar to me so as these children but I rejoice these moments every day when I jump from my boat and my day start with ‘big big ships’.  I walk towards to Ship Creators, to the people that the world knows little about. Step to them, who are building ships on a daily basis with their expertise, power, energy and who dream to make something big, bigger than their life, bigger than their identity, bigger than their credits without much expectation. ” 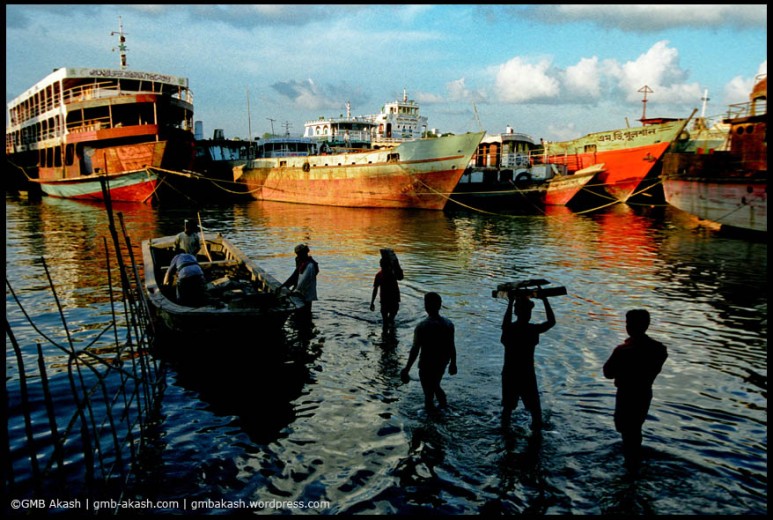 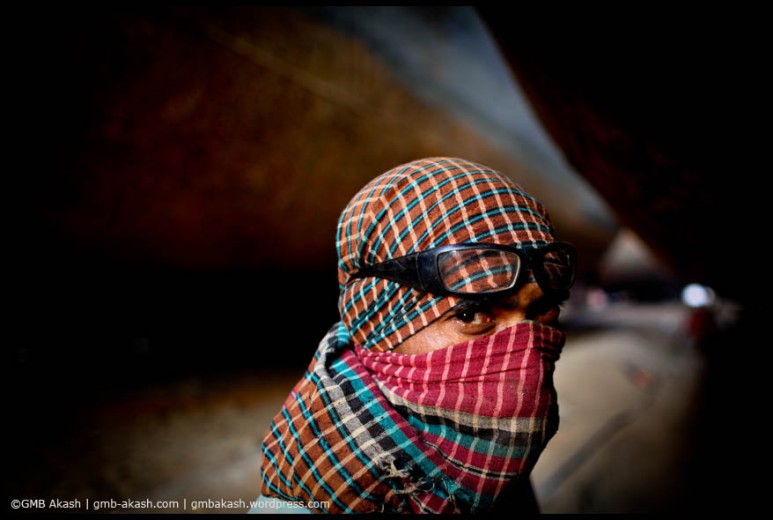 In the shipyard every worker is full of activity, no one have any time to talk. Constant work with flame, sound and dust may seem intolerable. Especially the constant ‘Dhang-Dhang-Dhang’ sounds of steel and hammer will auto upgrade any ones heart beat. But to the workers it’s their daily doze.  These Ship-craft-masters never get tired often handle everything in spite of getting any structural design keep building ships on their own effort with their basic genetic talent without any break. Frequently without goggles, risking serious injury or blindness, they all climb tall rope ladders to the ships’ highest points to retrieve items, risking death if they slip but yet happily they keep working in the pleasure of building the ship

Bangladesh is set to emerge as a new export leader for building small ships after cutting deals worth over $ 250 million last year alone. More than 250,000 skilled and semi-skilled workers are employed in the shipbuilding industry Bangladesh. All inland and coastal ships are constructed and repaired locally in these Bangladeshi shipyards. Bangladesh has all the ingredients to turn itself into a hub of export oriented shipbuilding for small and medium-sized vessels. The full utilization of the opportunities that are now present in the global shipbuilding market can turn this sector into a billion dollar industry within a decade. In recent times, a dozen shipyards are expanding their capacity for building ocean-going ships to enter the international market. 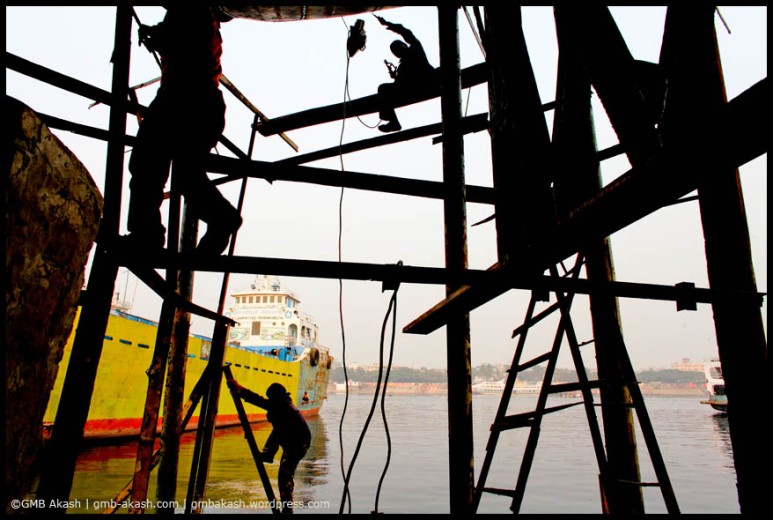 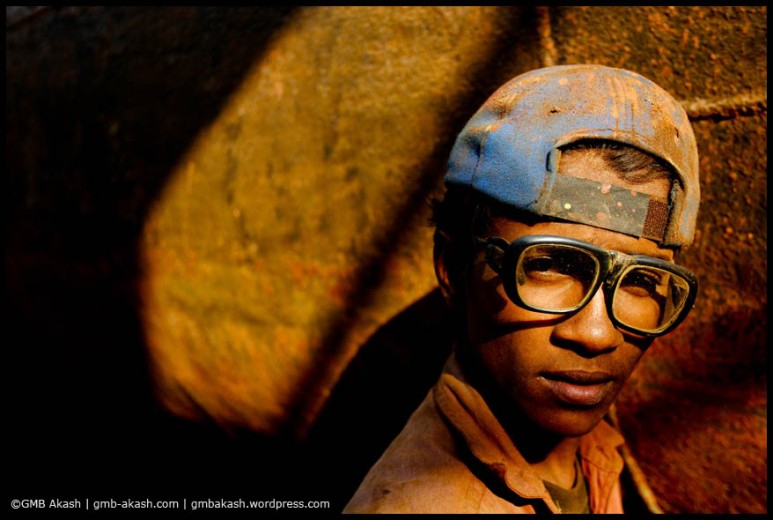 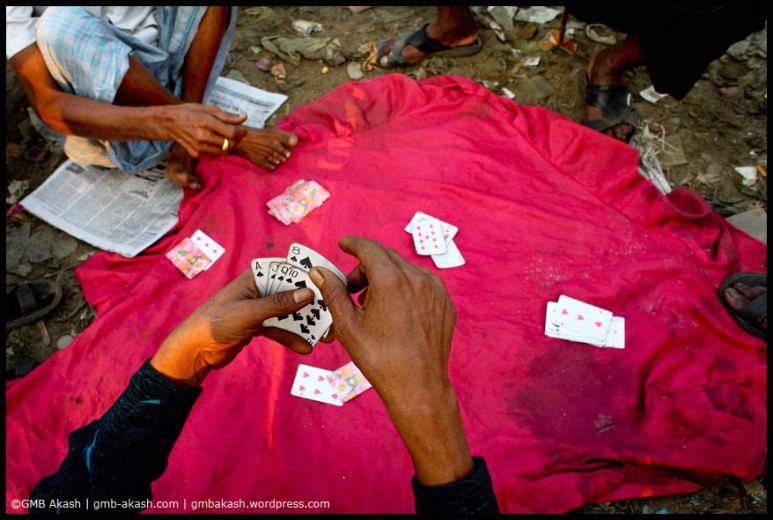 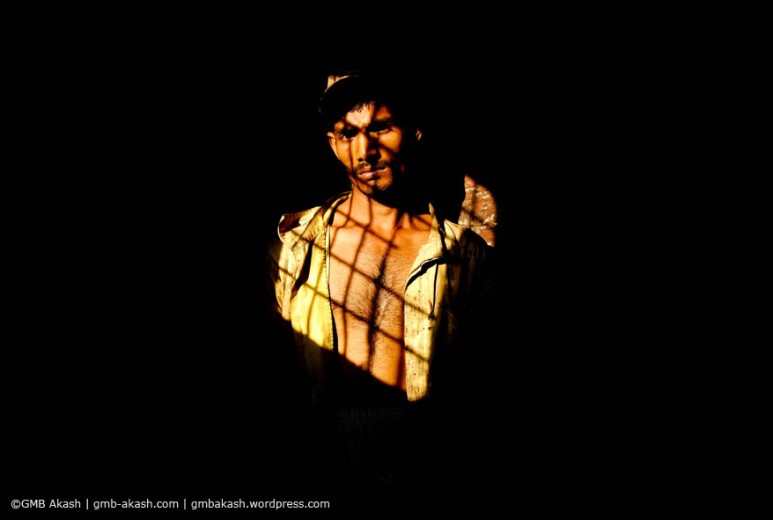 Availability of cheap human input is the main strength of the country and this is one of the main determinants in allowing this labour intensive industry to flourish. Also, easily trainable workers can provide this country with a decisive edge over other prospective countries. Bangladesh is in very much an advantageous position in this respect as labour cost is the cheapest among other shipbuilding countries around the world. But it alleys not that only for livelihood these ship-creators give their labour to this industry. Their dream, their hope ties with it and it’s in their gene to build ships.  But the work is sporadic, and after paying the rent on the family’s tiny bamboo shack, workers has barely forty cents left to feed each of the family members. With no other options, workers usually sat their eldest son down in the work. An armature’s job would add $2.20 to the family’s daily budget. Still they build their hopes, build their ships with or without expectation. 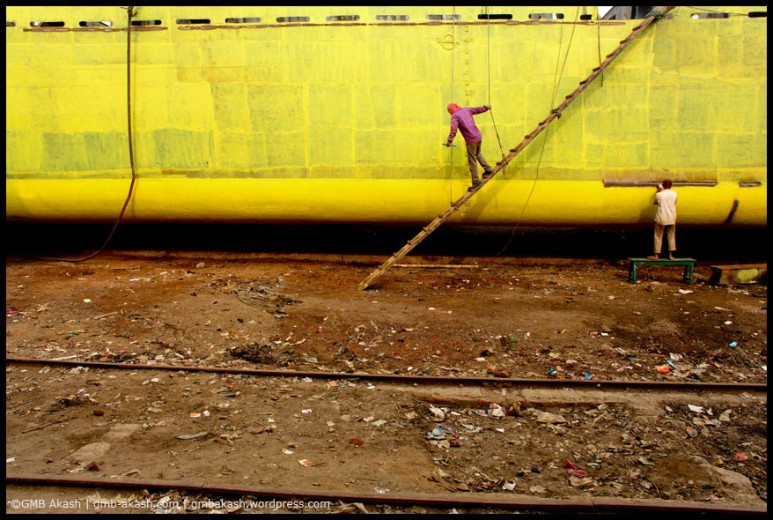 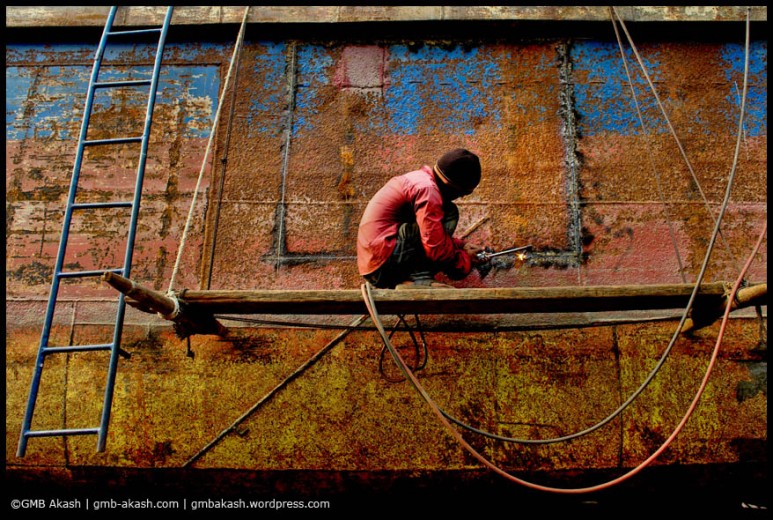 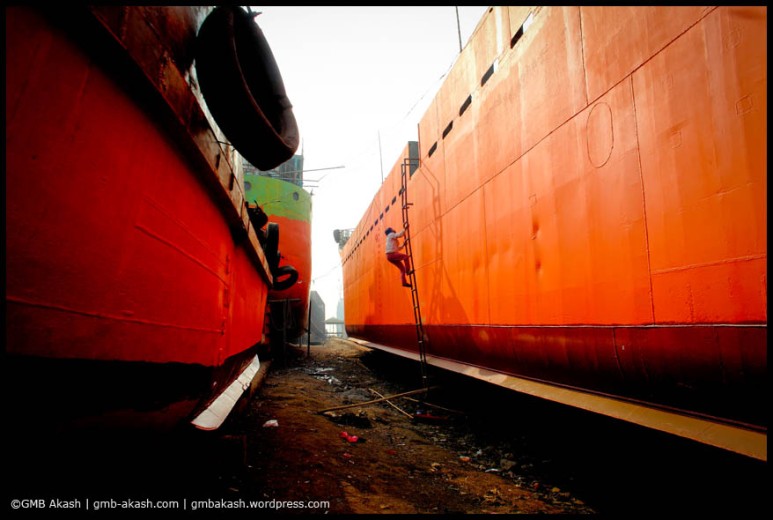 Mishir Mia and his 25 member’s team seat silently beside the shipyard. After working two long years their team builds a world class ship. It will sail within short time. No one was answering my repeated questions. After a long break Mishir Mia said “Let me bring my son sir. I will show him the ship. He will become a marine engineer one day; then he will bravely share with friends that without any degree his father once built big big ships. Let me go Sir. I will answer you later.”  Team of 25 labours is sign of victory. It’s our victory. It’s Tribute to their bravery, their silent involvement in the economy. Aren’t we seeing a mighty Bangladesh? 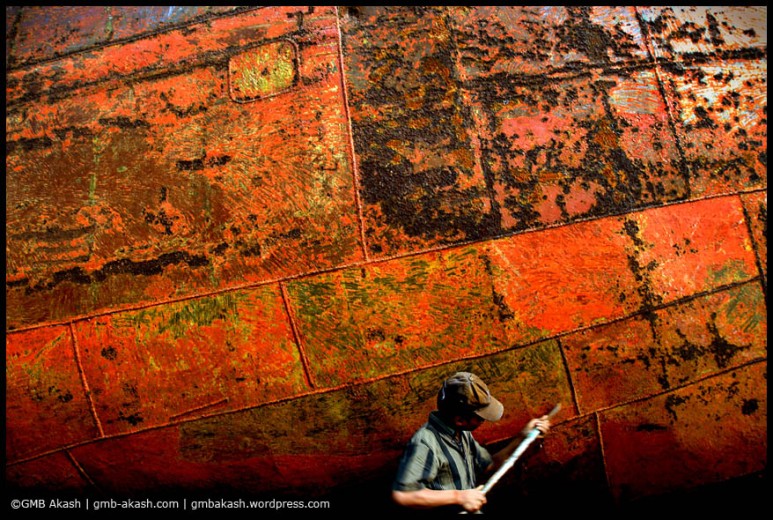 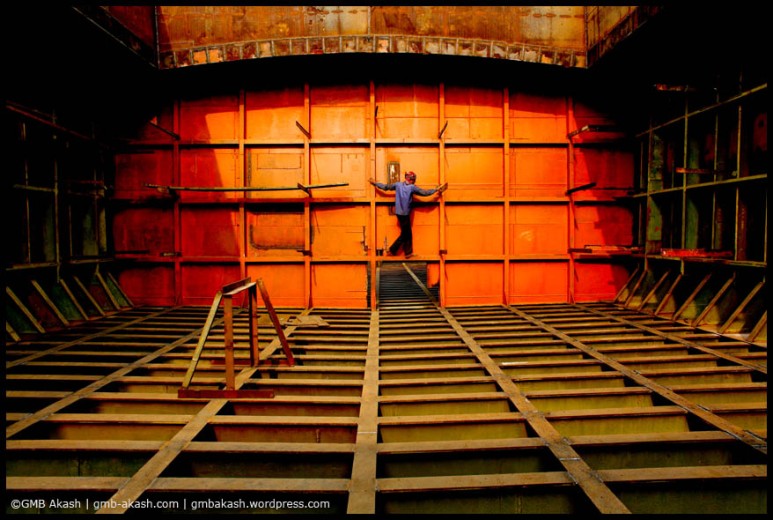 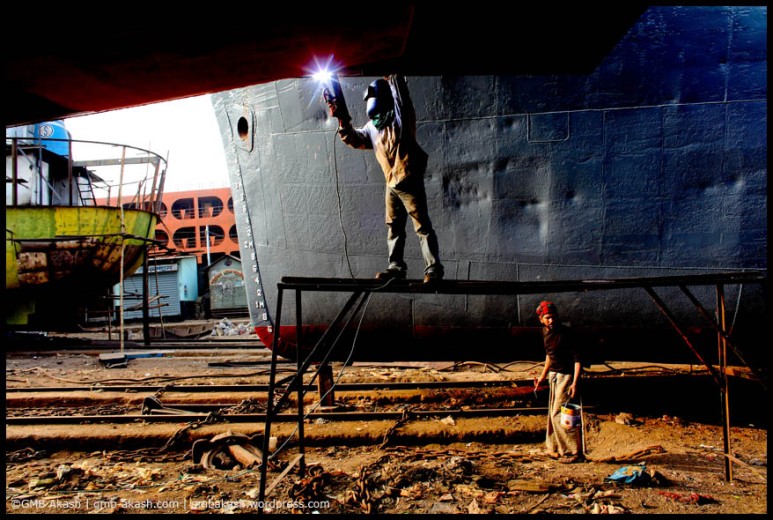 73 thoughts on “‘Ship-Creators of Mighty Bangladesh’”