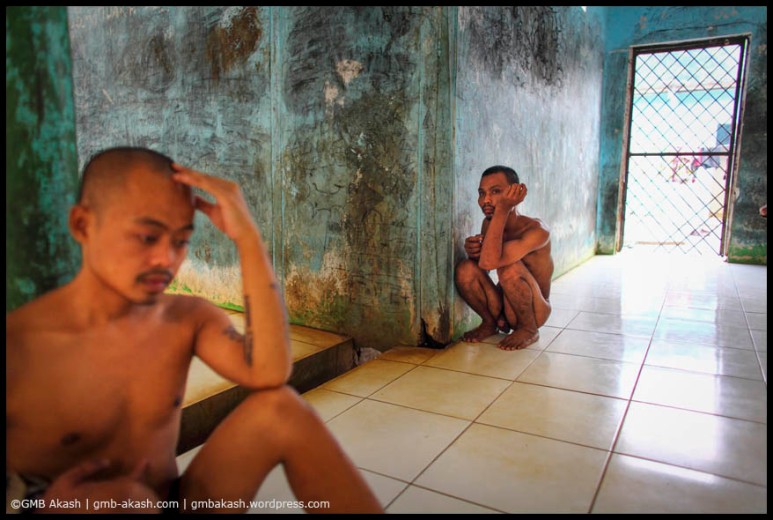 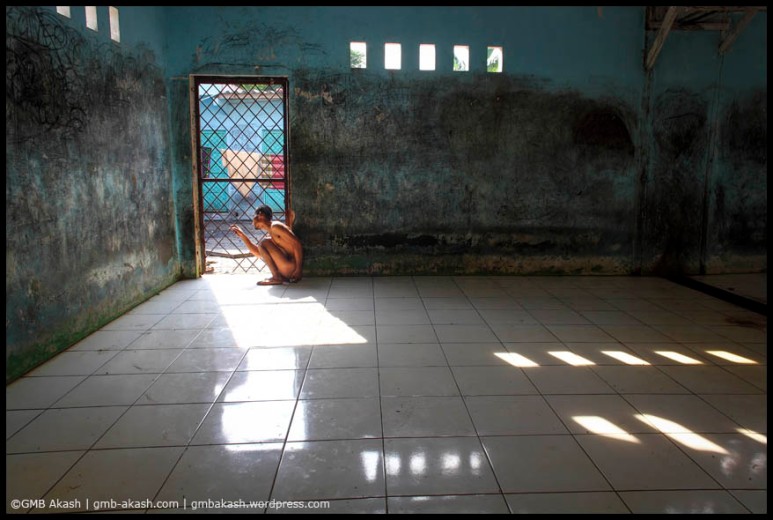 I inspect them with wondering mind. Standing in the middle of a place that is difficult to describe with adjective is impossible. The guard opens the door and bumped me in. Before I realize the guard was disappeared and I found myself in the cage.  A whistle breaks my nervousness and I eyed over a young face. He mocked at me and as soon as I take my first step he vanished with sound of his chain fitted in his leg. In a meter distance from me a naked man seating beside the drain. A few meters away some contorting their emaciated bodies as much as the shackles will allow. Others are setting comatose. The 1,000-square-meter center is divided into two iron-fenced dormitories — one for men and one for women. Confined by the length of their chain, the wooden stock in which they are trapped, or the makeshift cage in which they are imprisoned, they are forced to eat, sleep and defecate in the same spot. 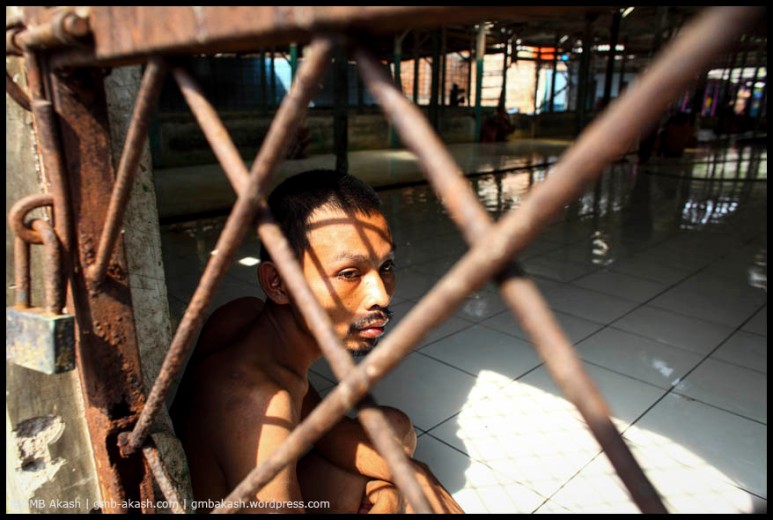 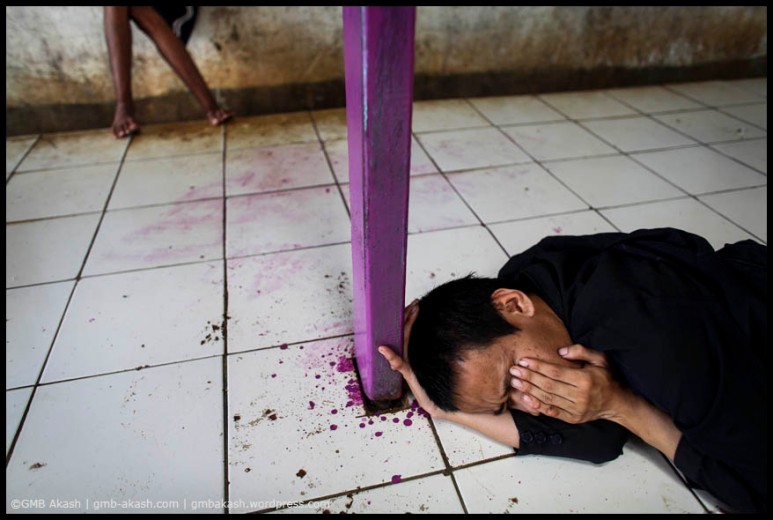 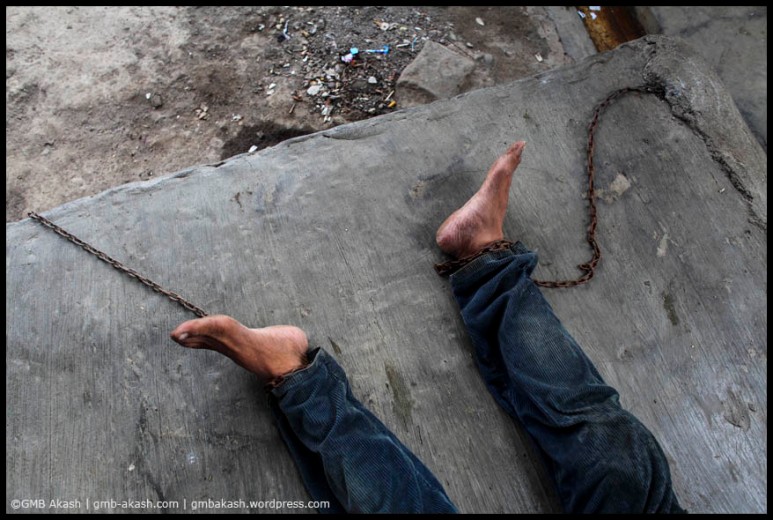 I found the boy mocked me at the door again in water area. A naked boy, thin with protruding ribs, turns his head down as he is sprayed with a water hose and getting bath by the help of center’s stuffs. But this time he didn’t even notice me. 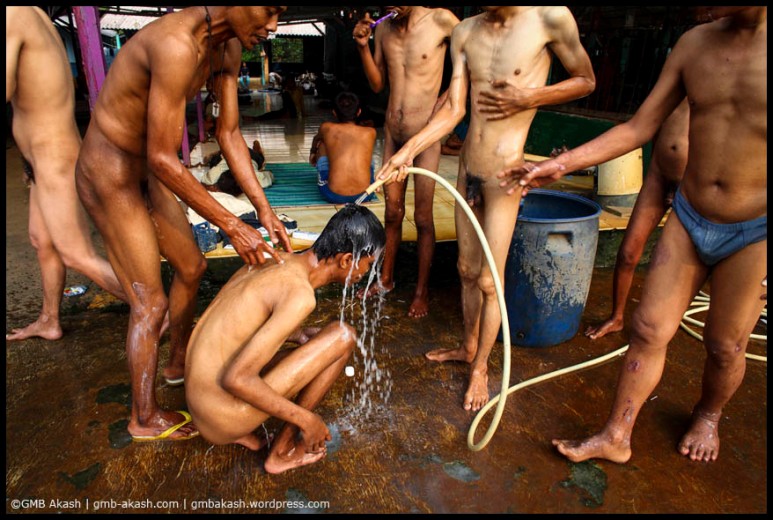 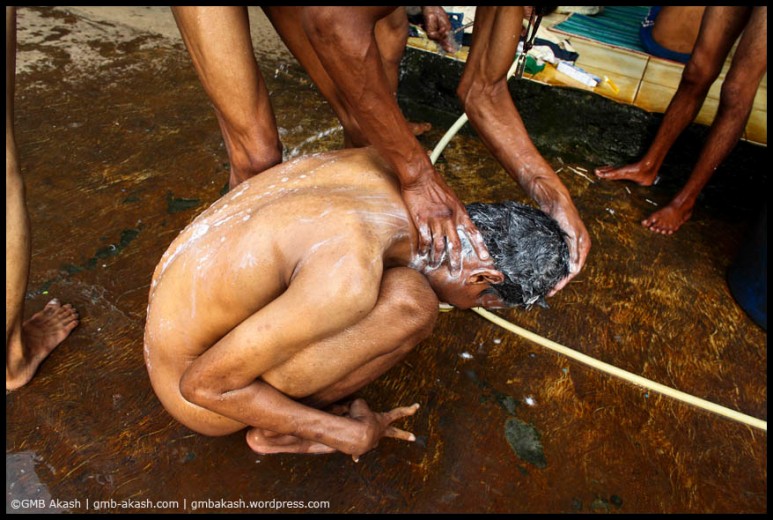 I continue motivating myself not to lose my mind. As a human being it is intolerable to look into faces which have no more past, no more future in fact no more present even. It’s seems odd to see how patients are living in iron-fenced dormitory and how many are chained but this is somehow logical when the centre’s assistant make me understand later. They do it for patient’s attacking behaviors. Many of them hurt others as well themselves by hitting head in the floor or wood. In the beginning when their treatment starts with the chain they slowly become clam and it helps later for their treatment. 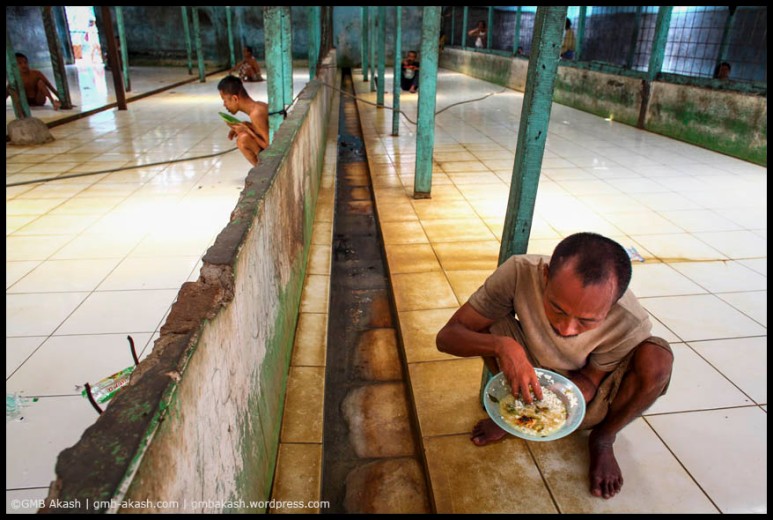 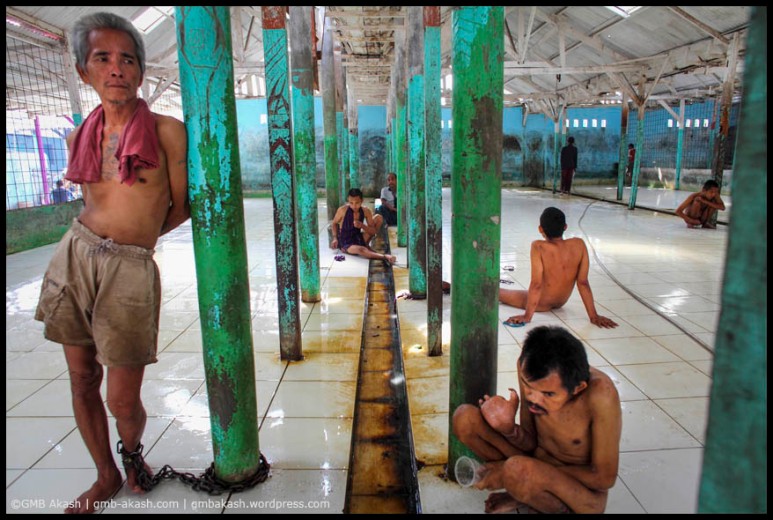 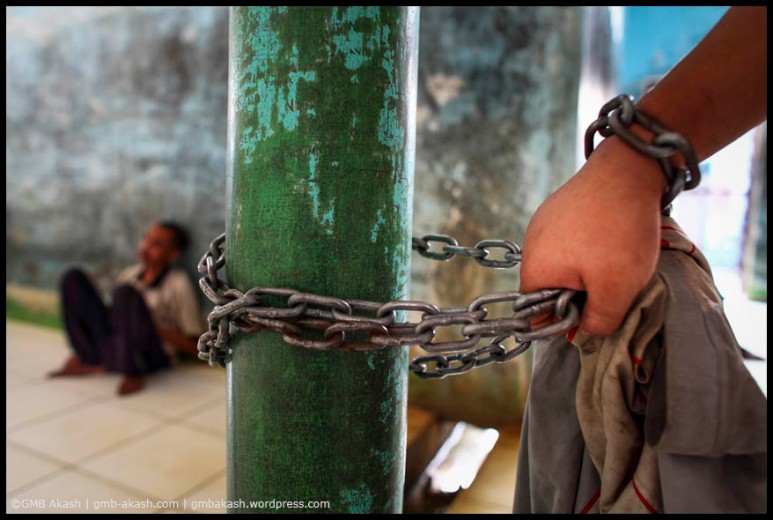 A man suddenly appears in front of me pointing his finger he is calling me ‘Hello Mr. Teddy Smith, how are you?’ for a second I feel he is completely fine, a normal person like me. Then I saw his chain. His words were echoing in my ears. With another turn I noticed, I am wearing a T-shirt with a print in it “Teddy Smith”. 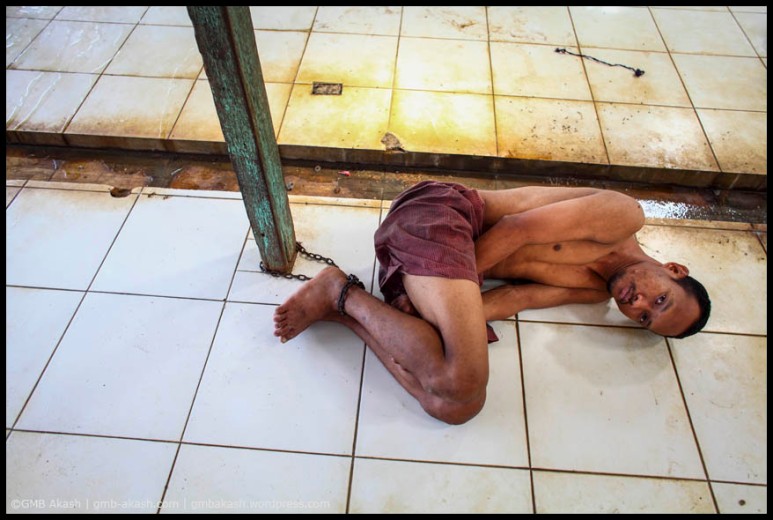 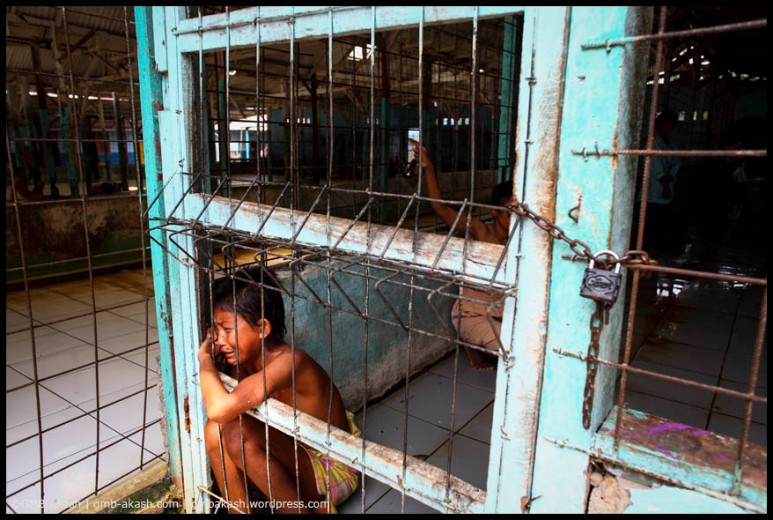 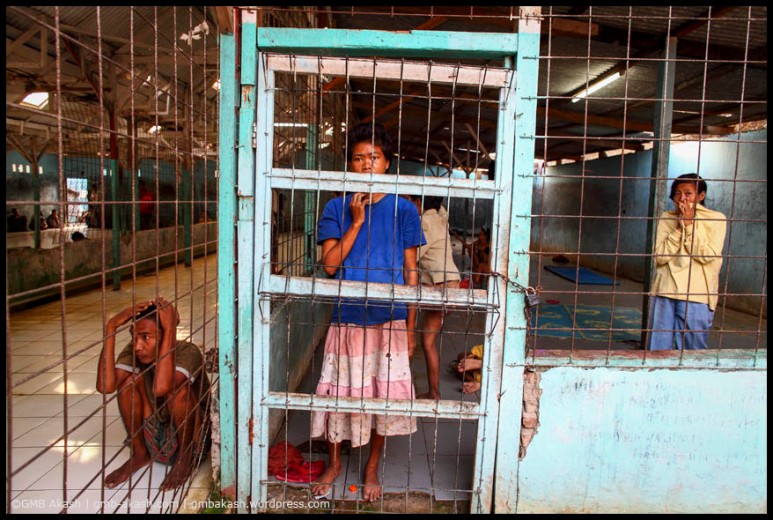 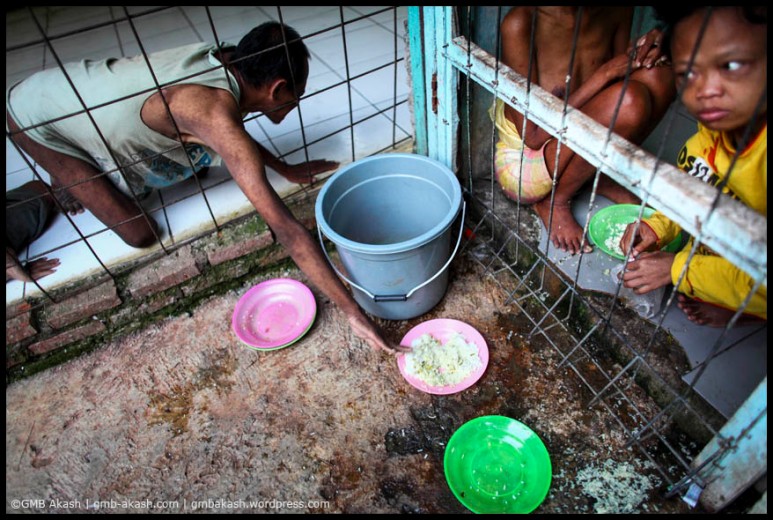 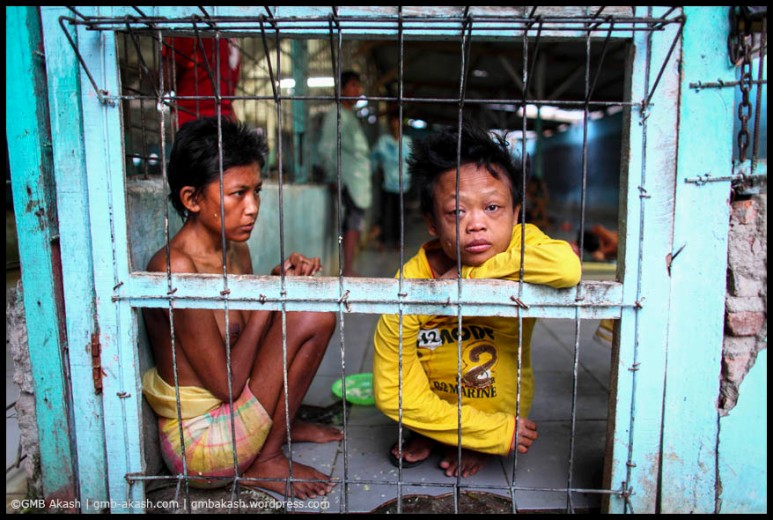 I keep looking at patients lying in the floors. Confined by the length of the chain a patient is lying comatose. Most of the patients have brought by police or NGO’s as they were spending their lives in on the streets for lack of ignorance family to the lack of psychiatric services for the poor. In lunch time most of the patients eats boiled rice and usually there is not much chatter between them. They need at least 3 tons of rice a month and tons of vegetables, but the center hardly can manage the food for enough funds. 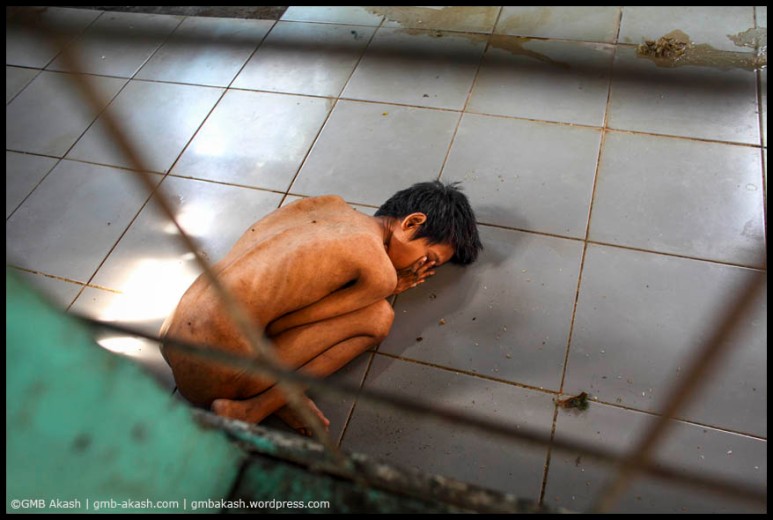 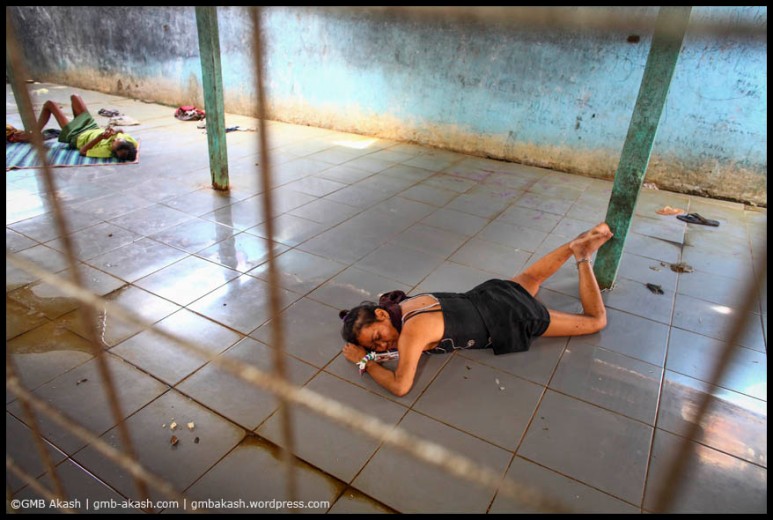 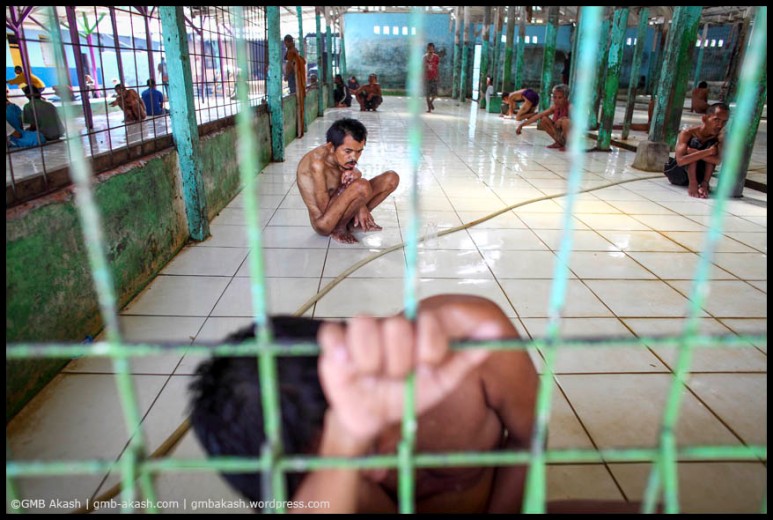 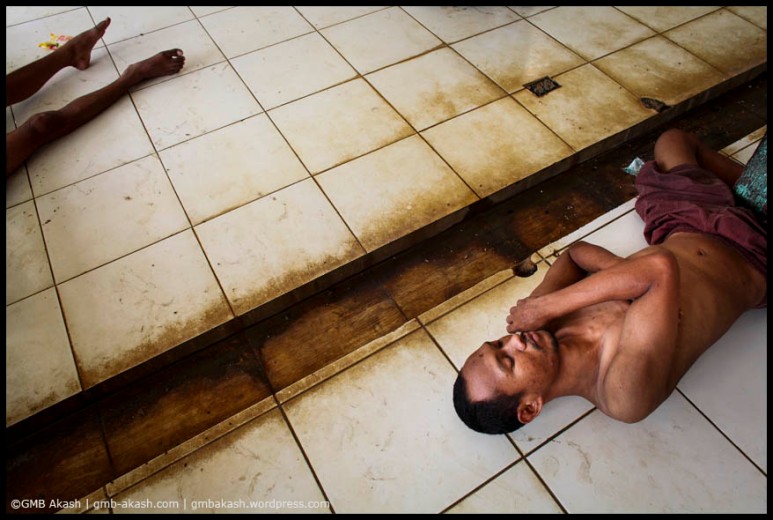 My visiting time ends but the guard forgets about me. I shivered in fear for a moment that how I will pass more hours in these iron-fenced dormitories. I keep listening someone is crying quietly, someone is reciting Quran’s one phase repeatedly; someone is singing a song with an unusual tune. I waited and imagine how life has taken them in such cage. How every day the battle of living gives birth of insanity. There is a small portion of psyche living inside all of us. The difference is people who lost themselves fully only treated as psychiatric patients.

While I was fighting inside, I heard footsteps of the guard. I hurried to go out and listened ‘Mr. Teddy Smith, Bye, Bye’. 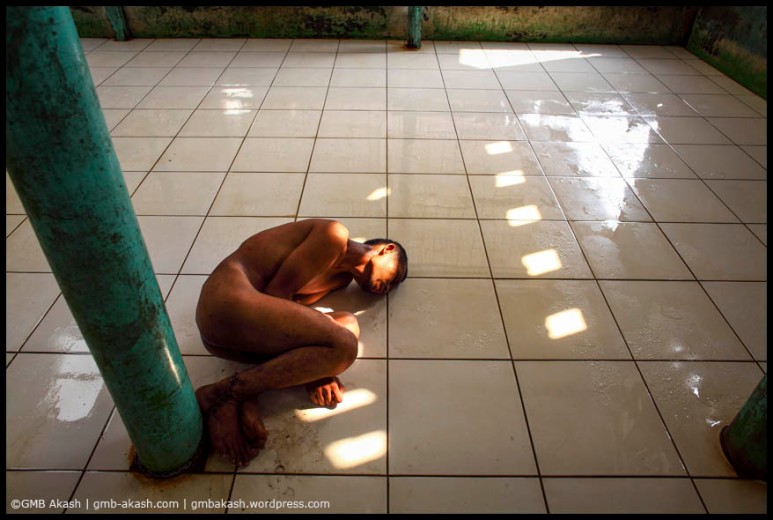 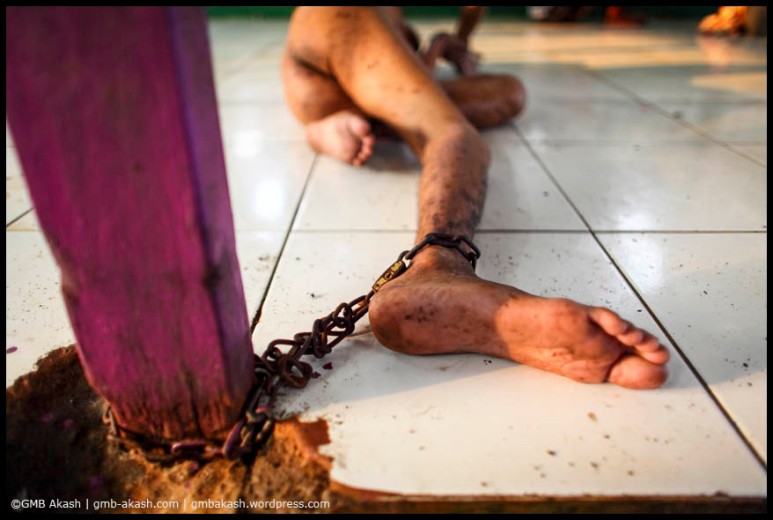 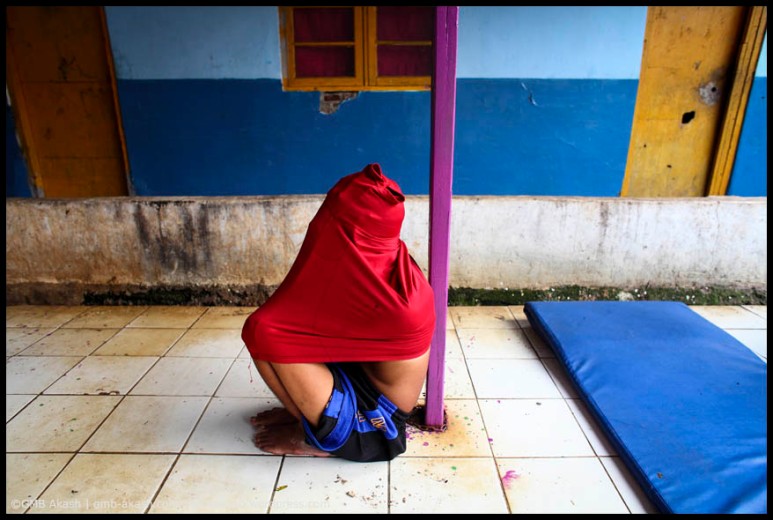 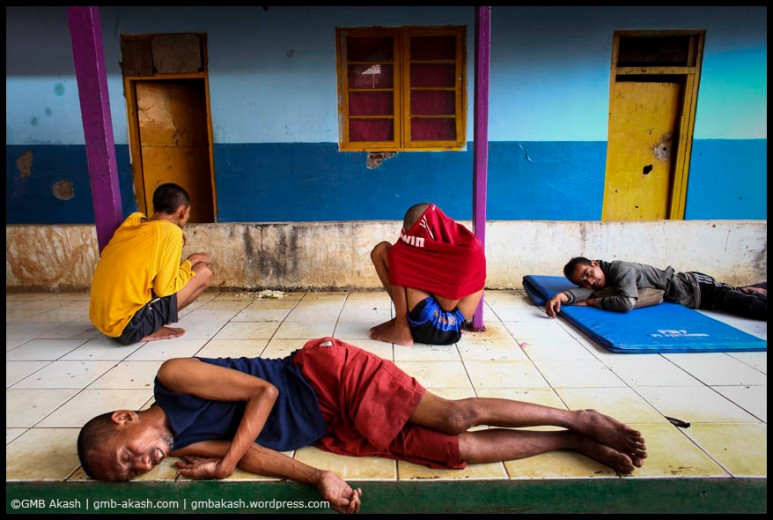 The overwhelming stink will welcome visitors in the entrance of Yasan Galuh rehabilitation centre for the mentally ill, outside Jakarta. Created in 1994, The Yayasan Galuh rehabilitation center is a foundation that cares for mentally-ill individuals who have been debarred from the Indonesian society and who have no access to medical care due to their limited financial resources. In Yayasan Galuh, more than 260 patients spend their days on hard tiled floors hooped by open sewers. Patients are often chained, caged, and naked. The screaming and weeping is constant. Despite the awful conditions, here facility staffs see themselves as healers giving patients – many who have been left at Yayasan Galuh by family members – ancient and effective therapies. Most of Yayasan Galuh’s 260 current patients were referred to them by the police, NGOs or the patients’ families. Tens of thousands of mentally ill Indonesians bear an unimaginable torment, left to battle the demons of severe psychiatric disorders while chained and shackled for years on end. The 1,000-square-meter center is divided into two iron-fenced dormitories — one for men and one for women. There are hundreds of mentally ill people shackled for years, even decades, by poor and clueless families who believe they have no alternative. Indonesia has a population of 240 million, and only 500 psychiatrists. The resulting treatment gap leads many to rely on traditional herbal treatments and prayer to alleviate mental illness commonly thought to be caused by dark spirits. Almost 750,000 Indonesians with mental illness get no medical treatment throughout the country. 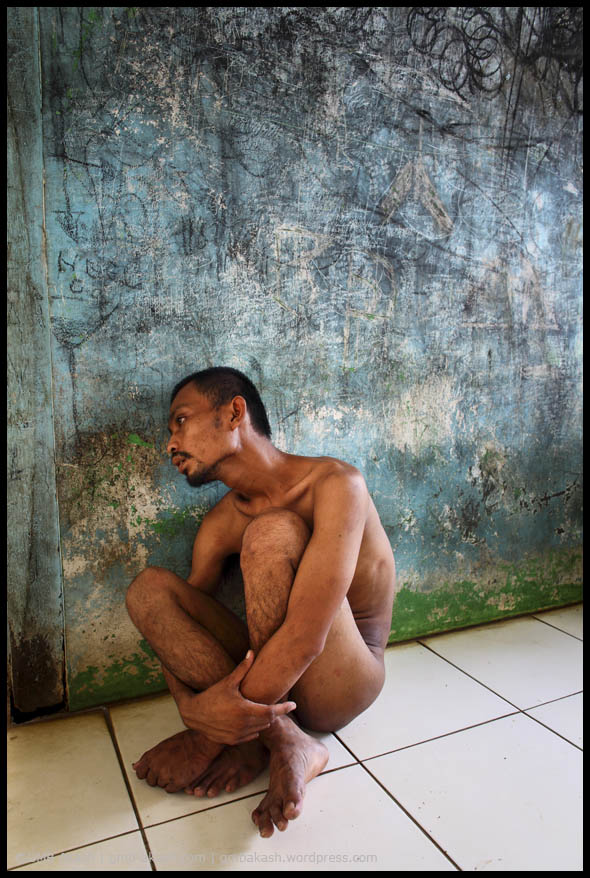