The place is very well-known to me. But still this very familiar place is like mystery in many ways. I have been here for fifty times and my camera took every memory from each time of my visit. Apart it to me it is one of the most mysterious or the simplest destination that I was heading for 51 visits. At the side viewer of my taxi I saw buses full of Indian community queuing behind us. Telling numerically every day how many people come to visit this place is impossible.   I have reached to my destination, ‘Pashupati Temple, Nepal’. In one glance the place seems like it has taken a shower with morning glow. The magmatic light may never visible to me like this before. The flavor of the magnetic aroma by the near shop and flowers waiting in shops are always welcome signs for tourists. 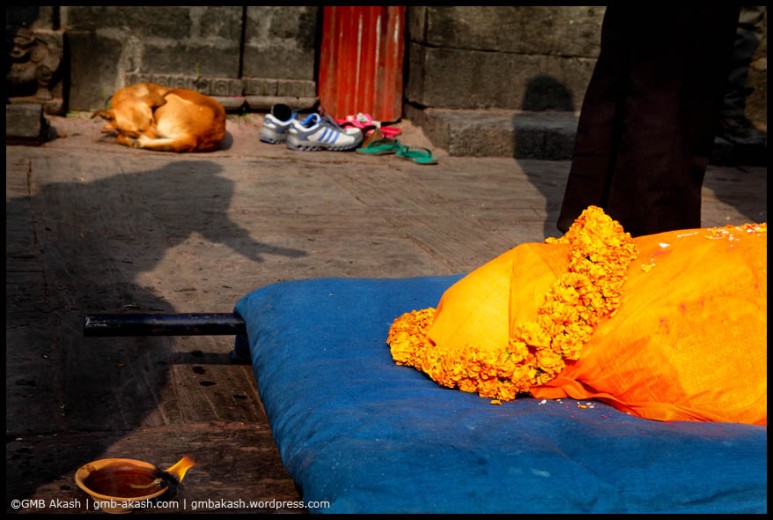 I do not like an easy way. I love to be lost. So, I did not enter the temple premise. I went inside a ‘Dhramashala’ nearby. In the yard of the ‘Dharmashala’ a lot of families made their spaces for themselves under the open air. They are tribal Indian who visits Pashupati once a year. All married women of all ages wearing anklet and a ring in the middle toe in dark toned feet. In the time of taking picture of a woman she burnt her roti that was in the pan. Her hungry child grabbed it fast before other four could take it. They do not understand Hindi, Nepali or English. Their children’s yelling and their tired faces described well from how far they come. I let them struggled with their rotis and leave for my next place.

By taking pictures as like other times I entered to Pasupati with another way. In front of me the giant and impossible ‘Pashupati’. Hearing the rhythmic chanting and sounds of temple rings I kept walking inside. Before I normally could inhale the smoke and tart air a group of people suddenly bumped into the place by saying ‘Hari’ ‘Hari’. They are carrying dead body and going to the river side.  I started following them magnetically. Echo of some crying women made the atmosphere heavier, moneys those were throwing papers on people stopped for a while. A woman fainted when she went to give water to her dead mother. The dead body has been placed there ritually. Three dead bodies were preparing for their eternal ritual. Having mental balance to take photograph in such moment is tough. Having consolation for the family at the same taking picture is a toughest moment. In the time of great grief nobody bother about me or my camera. I started taking picture like an invisible person. No one look at me or ask to leave. I continue to capture moments of farewell. 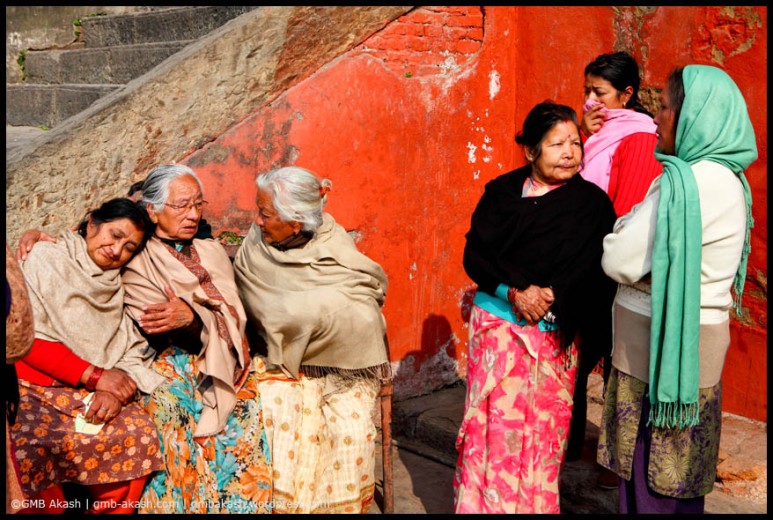 When I no more can bear the pains of people who kept crying in an unknown language I leave the place. I only notice those naughty monkeys when one of them tried to take my cap. They were following me all my way. After walking a while I meet my known priests. They are always same in the all years round. Their posture, ornaments and clothes remained same. The Hanuman with his mobile phone inside his box or the naked Shadhu all are always there in their right place. One of them loudly said with a smile ‘Bangladeshi Akash, Kaise Hau?’ During taking their pictures smell of different fragrant were coming along. I moved by  following it. I kept discovering Pashipati. Pashu means leaving beings, and Pati means master.  In other words Pashupati is the master of all living beings of the universe. 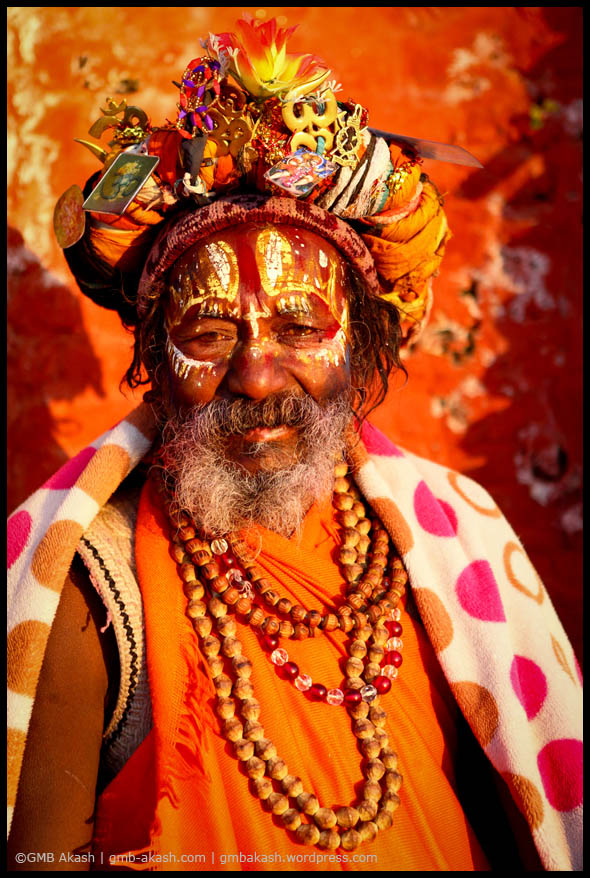 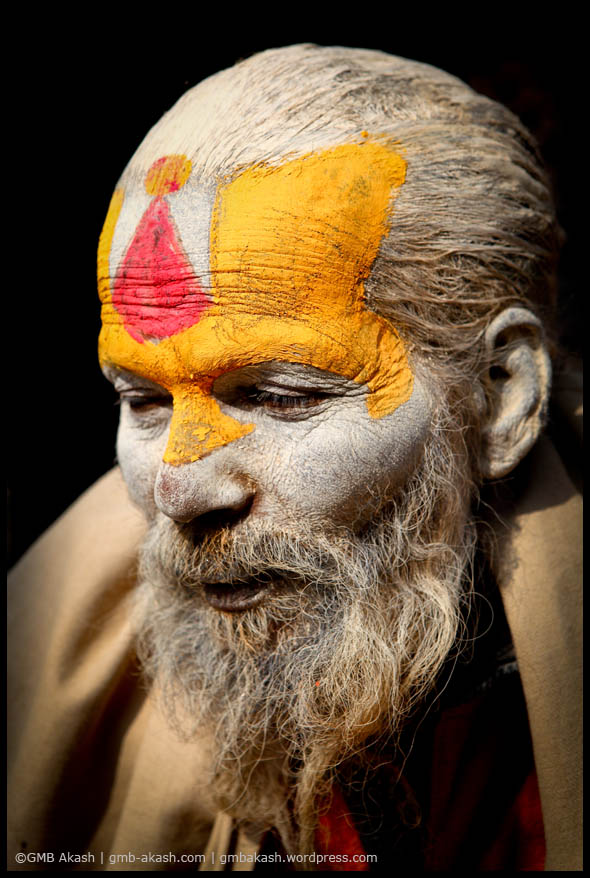 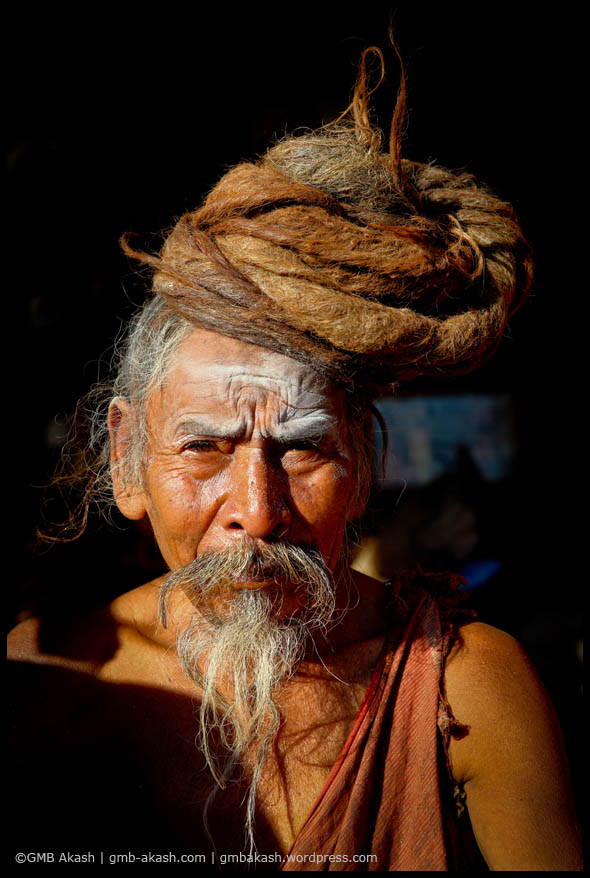 I went directly to the hindu cremation ghat of pasupati. The same old fragrance welcomed me. Flames from fire, smoke and ashes were all around. Relatives of dead bodies were seating inside and outside in the premise. A dead body was ready for the final ritual. After putting all woods sequentially the son of the dead person set fire. Relatives were holding holy copies and kept chanting. 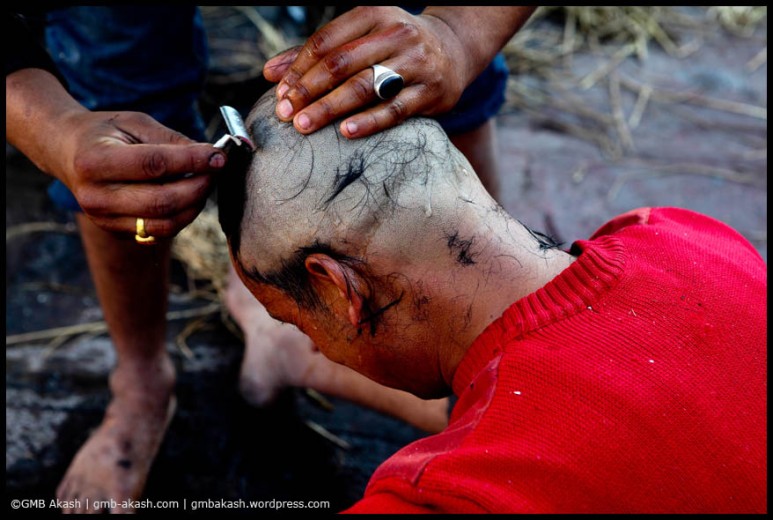 Opposite of me I saw many photographers and people were seating in the staircases. The sound of spiting fire and woods kept haunting me. Ashes were all over my body. After two to three hours ashes only remained.

When the place was preparing for another burial I saw a lot of young children below in the river collecting dead woods that threw in the river side. They are from outside Kathmandu Valley and living near the Pashupati Arya Ghat area regularly collect half burnt wood thrown to the Bagmati river after cremation, to sell to the brick factories located near Kathmandu. Before one of the Dhakal ask me not to take picture any more I Closed my camera. 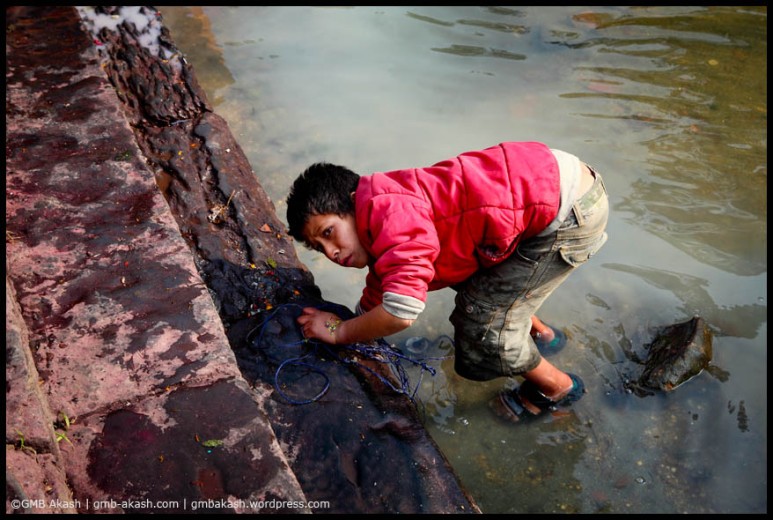 The sun was going away may be with all remaining souls. In the temple a religious music was playing. In this holy place in between of all this loses some people keep searching lives. Life and death is so close to this place maybe that’s why very very special – ‘Pashupati’.

*** Pashupati area is regarded as one of the most important places of pilgrimages for the followeres of Hinduism.  Thousands of devotees from within and outside the country come to pay homage to Pashupatinath every day. Pashupati area is also included in the list of world cultural heritage.

10 thoughts on “‘Mystic domination of Pashupati’”