The suffocation is unbearable in the dark. The smoke is so intense that you cannot breathe for a few seconds. When you will be able to see something then you will realize that hundreds of people are working attentively. Suddenly you will hear the sound of coughing by some small kids; very soon you will be discovering that half of the people working in the area are children, as young as they can be. The faster they work the more they get paid. But their production rarely increases and their payment remains in the same range: 100-150 taka daily for 12-16 hours of work. Still, all of them are continually trying to do the only job they know. 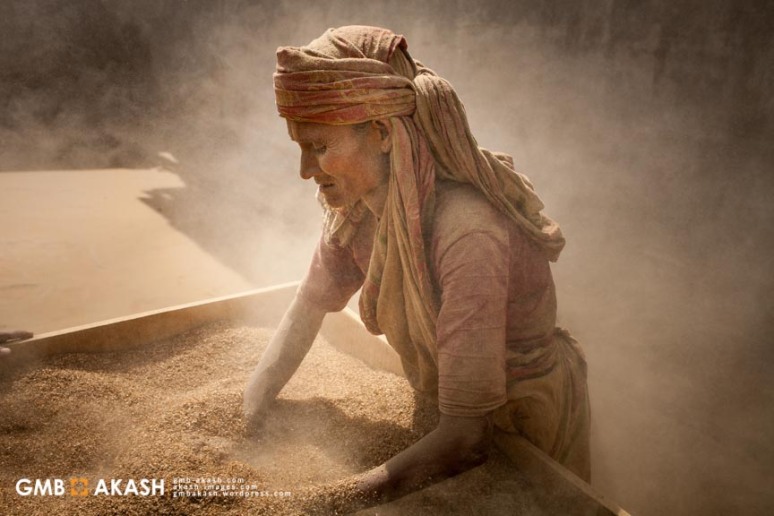 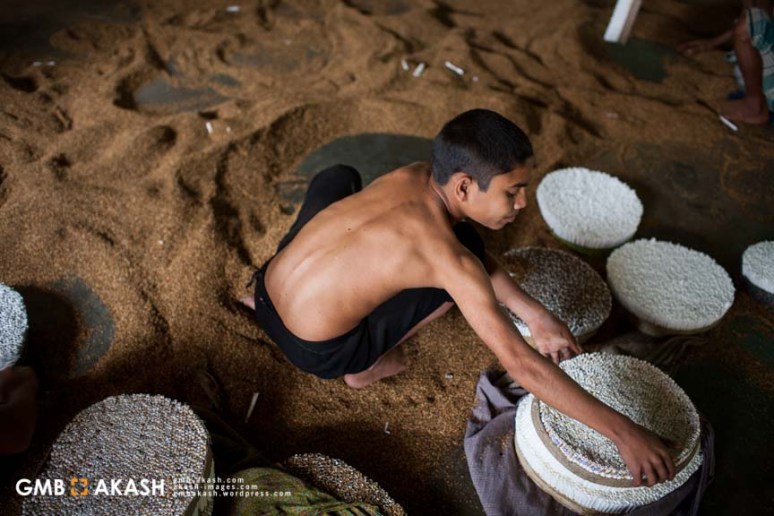 Most of the poor villagers are dependent on this job. Small kids sometimes forget their surroundings and start to talk to each other. Parents swiftly scold them or punch them in their arms. Again the kids start to work and fill the local cigarettes (Biri). They know well that there is no value in talking but there is value in working. Children can deliver a quality production because their soft hands help them to do that without any wastage.

These children learned the cruel reality of life first and then they learned work. They know feeding themselves is more important than going to school. ‘They cannot live with an empty stomach but they can live with an empty brain’, a parent biri maker said. Sojol echoed his father’s statement by saying, ‘I want to go to school. But school is for rich people. ‘ 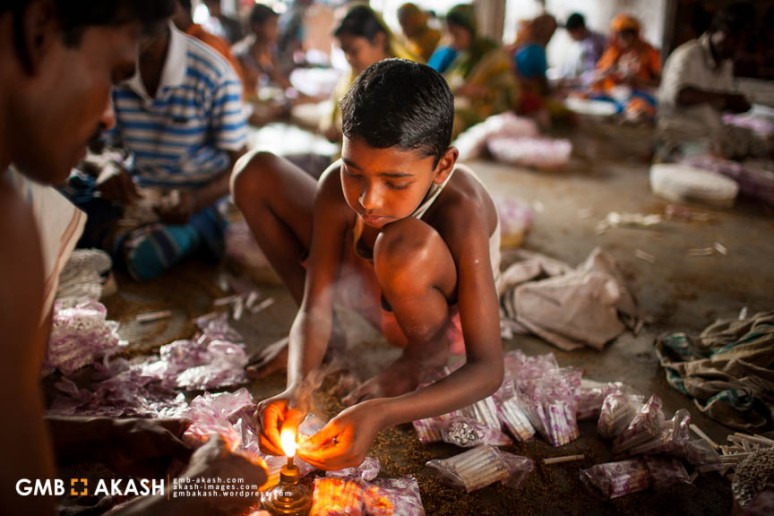 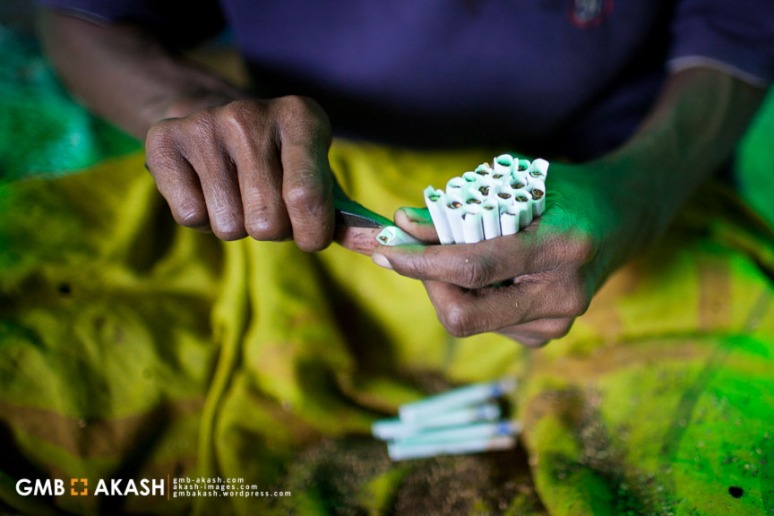 Rani always feels a burning sensation in her eyes. While she is filling the cigarette she often touches her allergic eyes with her finger, which causes irritation and tears fall the whole day. Rani does not like to make biri, but she has been doing this work for three years. 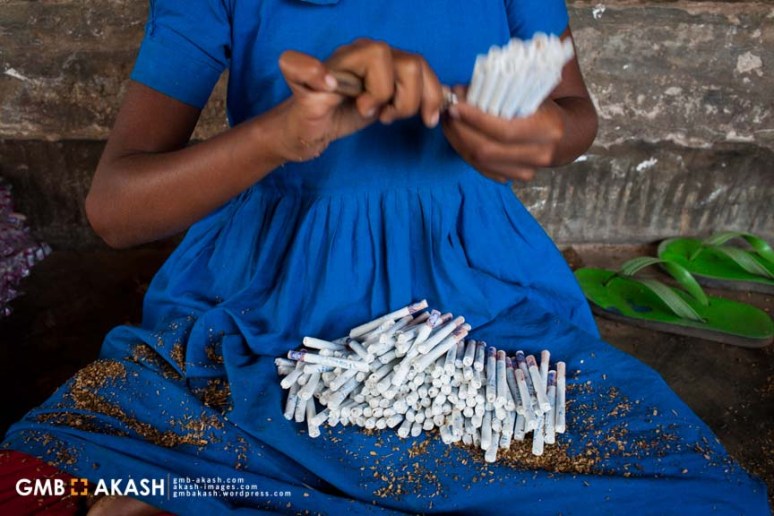 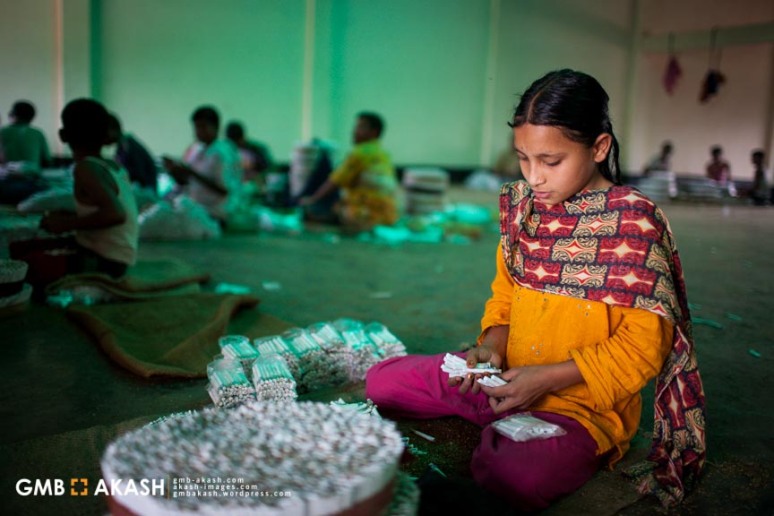 ‘What are you making?’ the question was for Bablu, a nine-year old kid who innocently replied, ‘Biri..it causes illness. ’What illness?’ He again promptly replied, ‘Cancer.’ ‘From where did you heard that?’, with a brighter smile he added, ‘Television’. 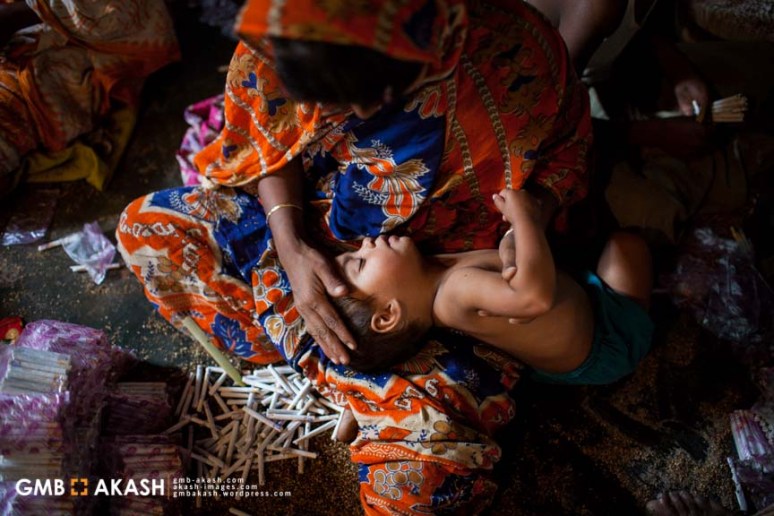 Workers toil at a hand rolled cigarette (locally called a biri) factory in Haragach. Workers have to labour from dawn to dusk making biris filled with tobacco flakes, earning very little money and in hazardous conditions which can damage their health. Children who work at the factory work from 9am to 8pm every day and are only paid 50 Taka (GBP 0.45) for making 5000 biris. 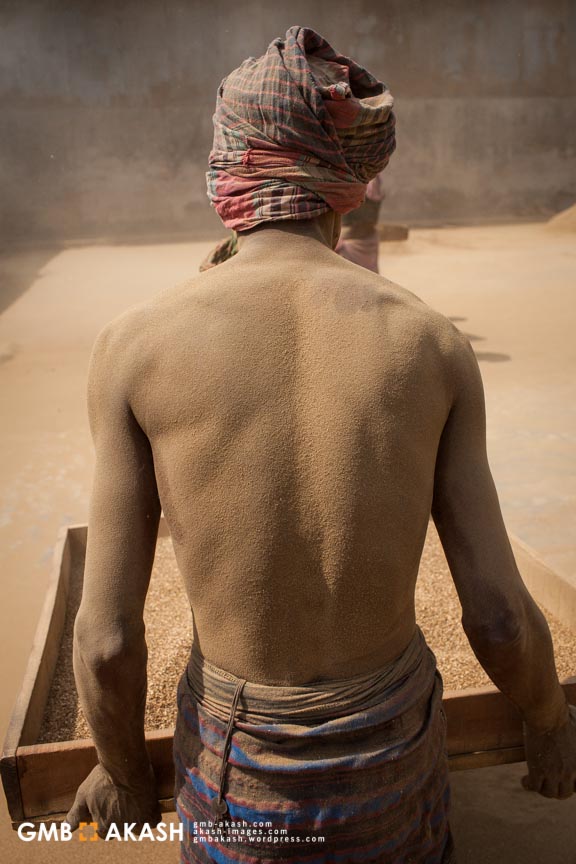